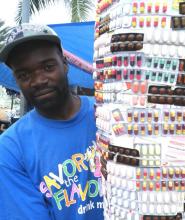 Quote of the month: “I have just come back from Uganda where people with Malaria seem to be constantly treated with antibiotics as well as Malaria treatment just in case. I was wondering if there are any tests etc that would help to reduce the amount of antibiotics prescribed in these circumstances?” (Karen Michell, HIFA member, UK)

The inappropriate prescription and use of antibiotics is not only undermining patient care, it is also driving up levels of antimicrobial resistance (AMR) to the point where the future of modern medicine is now under threat. Current estimates are that, by 2050, drug resistant infections will kill an extra 10 million people a year worldwide - more than currently die from cancer. It will also mean that routine operations such as Caesarean sections and hip replacements can no longer be safely performed.

One of the main factors causing inappropriate prescribing and the continued escalation of AMR is the lack of access to reliable information for prescribers of antibiotics in low- and middle-income countries (LMICs). Other information providers are filling the vacuum: a World Medicines Report by WHO (2011) found that, 'globally, most prescribers receive most of their prescribing information from the pharmaceutical industry and in many countries this is the only information they receive.' Such information may also be accompanied by the offer of a financial incentive to prescribe a more expensive version of an antibiotic. As Shabina Hussain (HIFA member, USA) noted, this can drive poorer patients to obtain medication from other, cheaper sources, which also contributes to the spread of AMR. “Family members who may have had similar symptoms may use the same medication for children to avoid visiting the doctor to save time and expense” she told the HIFA forum. “This has serious complications for children due to lack of clinical oversight and wrong dosage.”

Yet prescribers of antibiotics could have access to the unbiased, informed guidelines which they need to provide effective treatment to patients – if only there was sufficient political and financial investment. HIFA is currently working with the London School of Hygiene and Tropical Medicine and the University of Nagasaki to undertake a systematic review that will gather data to help secure that commitment.

At the moment, however, Neil Pakenham-Walsh (HIFA Coordinator) has no misconceptions about the scale of the challenge. Writing on the HIFA forum during May, he stated, “I remain unconvinced that there is adequate political and financial commitment, cooperation and collaboration at global level to address the threat of antimicrobial resistance and to support national policy.” Neil’s experiences on other online forums strongly suggest another deficiency: “profound gaps in evidence synthesis and international guidelines on this issue”.

There is however ongoing work to redress the balance. During May, HIFA members reviewed the findings from the Global Point Prevalence Survey (Global-PPS), which analysed data on antimicrobial consumption and resistance in adult hospital inpatients in 53 countries. The inclusion of a quality indicator for 'the existence of, and adherence to, antibiotic treatment guidelines' enabled the collection of data which revealed the severe lack of access to prescribing guidelines, particularly in west and central Asia where, 'local guidelines were not available for 40·5% of antibiotic prescriptions, especially for medical prophylaxis in the absence of a clear diagnosis'. HIFA members were particularly interested to note the following: “In one African country, 11% of patients were treated with antibiotics for an unknown diagnosis, contrary to guidelines for low-income and middle-income countries that state an appropriate treatment must be preceded by diagnoses that ensures the correct clinical path.”

“In this context, as a clinician myself”, Sandeep Saluja (HIFA member, India) told the forum, “I strongly feel an urgent need for point of care tests to help clinicians decide when antibiotics are truly needed. A lot of unnecessary prescribing as well as irrational use takes place because of lack of accessibility to good microbiology services as well as their optimal use even when they exist.” Other HIFA members agreed. “Use of diagnostic services is critical to rationalise antibiotic use”, stated Venus Mushininga (HIFA Prescribers and Users of Medicines working group member, Zimbabwe), “It is important that ways of building capacity, especially in LMICs, be explored to ensure access to affordable and reliable diagnostic services”. Musafiri Rogers (HIFA member, Rwanda) stated that, without increased access to point of care testing, “the problems of inappropriate use of antibiotics and antimicrobial resistance are far from ending”.

Research on prescribing behaviour has also been undertaken at country level but, in some cases, there is little to suggest that the recommendations have been implemented. For example, a 2014 study of inappropriate prescribing of antibiotics to malaria patients in Uganda: 'Over 40% of the antibiotic treatment in malaria positive patients is prescribed despite a lack of documented clinical indication. In addition, over 10% of patients with malaria and a clinical indication for antibiotics do not receive them'. Whilst the research concluded with a recommendation to use the findings to inform facility-level training and contain the spread of AMR, our Quote of the Month suggests that little has changed for Ugandan prescribers in the four years since publication of the study.

Despite the knowledge gaps, inappropriate prescribing and general slowness to respond to the threat of AMR, progress is being made to ensure that prescribers of antibiotics have access to the information they need to make rational decisions about the treatment of patients. A recent pilot of the Practical Approach to Care Kit (PACK) in Nigeria significantly improved the competence of clinicians who used it. “Before PACK was introduced”, Joseph Ana (HIFA member, Nigeria) told the forum, “every fever case received ACT [artemisinin-based combination therapy] and amoxil antibiotics, 'just to cover for typhoid'”. Joseph went on to report that, following the introduction of PACK, fever cases were screened using a rapid diagnostic test strip, and the cases which tested positive received only ACT. There will be an independent evaluation of the potential economic impact of PACK. If it is adopted across Nigeria and other countries, there is a real possibility that the scenario described by Karen Michell in our Quote of the Month may eventually be consigned to history.