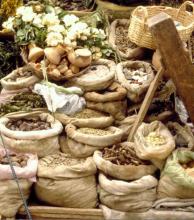 Quote of the month: “I attended a public lecture today to mark World Cancer Day: two university academics differed on the question of the causes of cancer, particularly whether cancer can be caused by 'evil spirits' - one was categoric that there is no such causality whilst the other said there is!... So long as such ambivalence remains, the public will continue to delay their access to evidence proven health service by going to [unproven] traditional medicine practitioners.” Joseph Ana, HIFA Member, Nigeria

Joseph Ana (Nigeria) notes that “there seems to be an urgency for traditional medicine to be researched in depth so that the good aspects can be separated from the harm that we all know can arise”. Without this, he warned that the substantial resources being channelled into health systems strengthening to achieve the SDGs, UHC and related initiatives would be wasted.

HIFA members discussed a new study on the interactions between health-care users, traditional medicine providers (TMPs), and the biomedical public health system in Burundi. The post-conflict landscape of Burundi has shaped traditional healers’ approach to diagnosis, which is underpinned by the concept of ‘enemy’ and the need to protect against it.

Anna Schmaus-Klughammer (Germany) noted: “I am from an industrialised country and I am convinced that cancer is not caused by ‘evil spirits’. However my family, especially my grandmother believed in ‘evil spirits’”. She went on to explain that this was because her grandparents had no knowledge of a scientific reason for cancer so they relied on religious teaching to explain. Glenville E Liburd (St Kitts and Nevis, Caribbean) called for more research on “how religious ideas affect lifestyle issues, access to healthcare and compliance/adherence to evidence based practices and products.”

“At the moment”, stated Charles Dhewa (Zimbabwe), “medical practice is researched and presented as competition between modern medical health practices and traditional medical practices, with an expectation for modern medicine to win this 'Olympic' competition”. Charles felt that it was better to examine traditional and mainstream medical knowledge as a “nested set”, rather than a hierarchy. Carla Rodrigues (Netherlands/Mozambique) expanded upon this point, citing anthropological and social research which had demonstrated that people turn to TM because they are unhappy with the treatment they receive from mainstream healthcare providers, regarding it as ineffective or harmful. She calls for integration rather than confrontation:

“I do not think we can achieve any consensus and improve interactions between health-care users, traditional medicine (or others) and the biomedical system, if we continue using a vertical approach. Otherwise, we are not talking about integration but about control.”