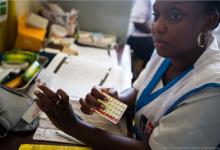 Quote of the month: “If a woman becomes pregnant while wearing an Intra-Uterine Device, this device can enter the baby's body, even in his brain." (A misconception about the dangers of using IUDs, reported by Andre Shongo, HIFA Member and Country Representative, Democratic Republic of the Congo)

A woman's right to health also means a right to contraception. Yet there is a huge unmet need for family planning and contraception (FP/C) across low- and middle-income countries (LMICs) and Latin America. In July 2017, the UNFPA reported that some 214 million women worldwide who want to avoid pregnancy are not using safe and effective family planning methods. Of the estimated 206 million pregnancies in 2017 in developing regions, 43% are unintended (Guttmacher Institute). One of the contributory factors is “lack of access to information and/or services”.

To investigate further, during August, HIFA and Knowledge for Health launched a new HIFA Project on FP/C, and undertook a global survey of HIFA members, focusing on the availability and use of information. The findings echoed those of the UNFPA, and identified three significant challenges: ‘information that is not up to date’, ‘poor access to library/internet’ and ‘Information is not freely available’.

The survey also generated some unexpected responses about the myths and misconceptions surrounding FP/C. One in four respondents thought that their colleagues and friends believe that contraceptives protected against sexually-transmitted infections such as HIV; and on in seven that they are o 'dangerous to a woman's health' and caused 'long-term problems with fertility'. This is surprising, given that the respondents were highly educated health professionals, researchers and academics, and might therefore be expected to have relatively well educated colleagues and friends.

The discussion highlighted that there are misconceptions about “risks” associated with almost every method of FP/C. Along with the “dangers” of IUDs, there were claims that vasectomies and injectable contraceptives can cause cancer, implants cause birth defects, and condoms cause infection, disease, or cancer in men and women.

The originators of such myths are often respected authority figures, such as parents and religious and cultural leaders, and this increases the likelihood of acceptance. As leading Kenyan newspaper, The Daily Nation, recently stated: “Often, the impeccable science behind an intervention is less powerful than the negative myth propagated by mothers, religious leaders, elders and even politicians.”

For Marg Docking (HIFA member, Uganda, Director of Wise Choices), the complex relationship between FP/C, religion, and cultural traditions was impossible to ignore. “No matter what your personal world view or faith in God,” she stated, “there is no question that what people believe about women, sexuality, family size and relationships impact the uptake of family planning”. Enabling couples to choose the size of their families and women to take ownership of their own sexual health requires “the male religious leaders to be actively involved in the learning and distribution of the information”.

Abimbola Olaniran, (HIFA member, UK, PhD student, LSHTM) agreed, adding that, “stakeholders need to consider that religious and cultural beliefs relating to contraceptive vary within and across countries”. Therefore, marketing and promotion of FP/C should be sensitive to the cultural and religious values of different audiences. Abimbola also suggested that the factors influencing choice of FP/C should be addressed within the same context. For example, irregular menstruation, a known side effect of injectable contraceptives, may prevent a woman from carrying out cultural or religious rites, causing her to reject an otherwise safe and appropriate method of FP/C. Janki Borkar (HIFA member, India] who is working to make injectable contraceptives available through India’s public health system, described being “helpless when such things come up and all we can advise is that the lady stop DMPA [depot medroxyprogesterone acetate] and switch over to other method”.

The thematic discussion also considered how cultural and religious norms influence when information about FP/C is made available to those who need it. Unfortunately, for the 16 million adolescents aged 15-19, who become pregnant each year, such information is often shared too late. Many adolescent girls do not obtain information about contraception until after their first child is born, largely because of taboos which prevent their own parents from discussing sex with them during childhood. Even when such information is available it may be constrained by cultural stigma about non-marital sex or even pressures to demonstrate fertility.

The fact remains however that the unmet need for FP/C has a devastating impact on adolescents. Women under age 20 are twice as likely to die in childbirth as women over 20. Early pregnancies limit educational achievement and income-generation potential, and they increase the risk of poor health outcomes for both young mothers and their children.

Ironically, children themselves may be part of the solution. Both Clare Hanbury (HIFA member, UK, Director of Children for Health) and Mamsallah Faal-Omisore (HIFA member, Nigeria, Family Physician/Health Policy Consultant/Health Educator) strongly believe that adolescent maternal mortality could be reduced by educating and involving children in family planning. As Mamsallah states, “there needs to be improved efforts to shift the narrative of family planning from being the responsibility of women to that of the family as whole. Empowering and enabling children to understand the cycle of life is central to this.”

Martin Carroll was previously Head of the International Department at the British Medical Association, London UK, and has worked on issues affecting health in LMICs since 2003. He represented the BMA on the HIFA Steering Group from 2008-16 and is now an independent adviser to the group.   Martin is a member of two HIFA working groups: Multilingualism and Evaluating Impact of Healthcare Information.