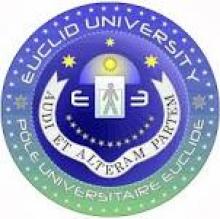 Organisation type:
Academic
Support type:
SO financial
The School of Global Health and Bioethics at EUCLID became an autonomous academic unit with EUCLID (Euclid University) in 2015. It is responsible for the delivery of EUCLID’s flagship online master’s and doctorate in International Public Health. EUCLID is a specialized intergovernmental organization established in 2008, holding a university mandate and charter published in the United Nations Treaty Series. It is among the world's few "international / intergovernmental" universities, and a full member in good standing of the key academic bodies, including the Academic Council on the United Nations Systems (ACUNS), UN Academic Impact, and the Association of African Universities (EUCLID's primary headquarters being in Banjul, Gambia).